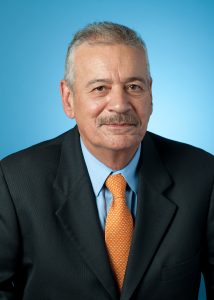 Dr. Pothoulakis graduated from the Aristotelian University of Thessaloniki Medical School in Greece where he also completed his internship and residency in Internal Medicine as well as his M.D. honors dissertation. After serving for 2 years at the Medical Corps in the Greek army, he joined the Division of Gastroenterology at Boston University Medical Center as a Research Fellow in Gastroenterology in 1982. After completion of his fellowship, he became a faculty member at Boston University School of Medicine. Dr Pothoulakis joined the Division of Gastroenterology at Beth Israel Medical Center, Harvard Medical School in 1996 as an Assistant Professor and became full Professor of Medicine at Harvard Medical School in 2005, when he also received an honorary degree from Harvard University. In 2003, he established a Gastrointestinal Neuropeptide Center in the Division of Gastroenterology at Beth Israel Deaconess Medical Center that involved a multi-disciplinary approach to study neuropeptide function in the GI tract. During his tenure at Harvard Medical School, he has also been a member of the Division of Pediatric Gastroenterology and Nutrition at Massachusetts General Hospital and the Director of a NIH Program Project grant that examined the barrier function of the GI Tract in health and disease. In 2007 Dr. Pothoulakis was recruited by the Division of Digestive Diseases and the Department of Medicine at UCLA as the Eli and Edythe Broad Professor of Medicine to create an Inflammatory Bowel Disease (IBD) Research Center. During his tenure he helped the creation of a Clinical IBD Center. Dr. Pothoulakis research program has been primarily focusing on the role of neuropeptides and hormones in several disease states, including Inflammatory Bowel Disease, Clostridium difficile infection, and Irritable Bowel Syndrome. Currently, the role of epigenetic changes in intestinal inflammation represent important component of his IBD research at UCLA. Dr. Pothoulakis is an author of over 210 original articles and numerous reviews, book chapters, and Editorials, and served in the Editorial Board of several biomedical journals, including Gastroenterology, American Journal of Physiology, Cellular and Molecular Gastroenterology and Hepatology, American Journal of Pathology and, and Hellenic Journal of Gastroenterology. He recently served as the Vice Chair and Chair of the Cellular and Molecular Gastroenterology Section of the American Gastroenterological Association and received the Mentorship Award from this section in 2017. In 2005, Dr. Pothoulakis was also the recipient of the Janssen Award in Basic Research in Gastrointestinal Motility by the American Gastroenterological Association for his discoveries into the function of gastrointestinal neuropeptides. Dr. Pothoulakis’ research projects have been supported by grants from the National Institutes of Health, the Crohn’s and Colitis Foundation of America, the American Gastroenterological Association, the Broad Medical Foundation, The Martin Blinder Foundation for Crohn’s Disease, and the Knapp Foundation. During his tenure in the US academia Dr. Pothoulakis served as a research mentor and career advisor to numerous trainees and junior faculty, including a large number of trainees of Greek and Greek American descent. For these contributions, he received the Hygeia Award from the New England Hellenic Medical and Dental Society in 2007 and the Distinguished Physician Award from the New York Hellenic Medical Society in 2010 in “recognition of most valuable contributions to Medicine, Hellenism and the Society”. In 2016 he became an Honorary Professor at the University of Thessaloniki Medical School, the 3rd Honorary Professorship awarded since the foundation of the Thessaloniki Medical School in 1942.